“We need to reconnect with our inner courage so we can reach our full potential.”

“We need to reconnect with our inner courage so we can reach our full potential.” 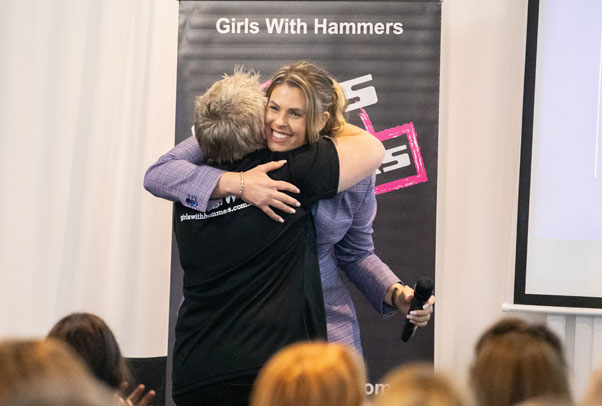 Recognized by The NYC Journal as one of the Top 30 Women Disruptors To Look Out For In 2021 and the Distrupors magazine as one of the Top 30 Inspiring Women To Look Out For In 2022, Hacia inspires audiences through her own experience as a woman having to battle and overcome her own lack of self-belief, Hacia has become a passionate advocate for others to challenge the status quo and to believe in themselves even when the odds are against them.

She is an inspiring reminder to everyone everywhere that we have every resource we need within us, and even in the toughest of circumstances, our resilience and ability to adapt will enable us to overcome any challenge in our way.

As an entrepreneurial trail-blazer in courageous leadership, Hacia is dedicated to transforming corporate management to embody vulnerability, compassion, and empathy as part of the new paradigm for dynamic industry leaders. Passionate about Positive Psychology, she empowers leaders to expand their remarkable potential, while creating psychologically safe and thriving workplaces for all.

Hacia motivates audiences to triumph over life’s challenges through her Courage Coaching and Speaking. As Founding Director of Empowered Women in Trades, she’s revolutionizing how trade-based industries in Australia attract, support, and retain female careers within skilled trades. Hacia’s transformational ideology was developed after she sustained crushing injuries in a life-threatening equestrian accident. Being told she may never walk again in any meaningful way, she realized that success is a relative concept, which must constantly be redefined, and that advancement in life is primarily based on one’s ability to implement incremental goals, which, when achieved, aggregate into forward-propelling milestones.

Book Hacia for your next event 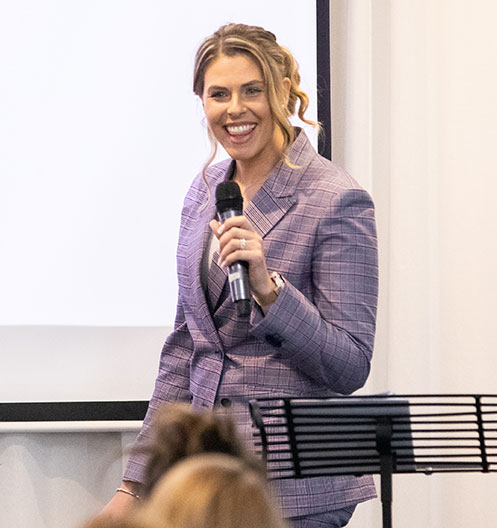 “Hacia is one of those rare leaders capable of inspiring a movement. As a Professional Speaker, she takes audiences on an emotional rollercoaster of a journey, sharing her story along with the incredibly valuable strategic framework behind her recovery. As a Coach, she has an innate ability to create a psychologically safe environment to challenge thinking that leads to faster breakthroughs. 10 minutes with her unlocked new thinking for me that helped to refine my go-to-market processes. As business evolves to be more human-centric, I highly recommend booking her for your next corporate event or engaging her as a coach to improve team performance.”

“We had Hacia as a guest speaker for our 3rd annual Girls With Hammers conference and she was amazing. Her story of courage and resilience had everybody on the edge of their seats, as well as turning on the tears and laughter in our audience. Hacia was well presented, professional, and had a first-class slide deck to accompany her talk. Hacia was super easy to deal with and extremely reliable. Highly recommended!”

Hacia has 3 keynote speaking topics however she is passionate about her message and is able to tailor talks to meet your organisations needs. Please contact us to discuss.

How Hacia in the wake of humility, connected with her inner courage. She developed a strong relationship to herself to leverage her daily battle with pain into an innovative strategy to teach herself to become a better corporate leader.

How Hacia’s journey and dynamic leadership inspires audiences with her journey of overcoming adversity to achieve her goals. She demonstrates the power of a positive mindset and shows that success is determined by how you deal with life’s setbacks.

Progress Over Perfection As a Pathway to Success

How Hacia’s unwavering commitment to her mantra of ‘can do, will do’ empowered her to beat the odds and taught herself to walk again (and in heels!) through redefining her own version of success.

“Success is relative. Define your own version and be fearless in your pursuit of it.” 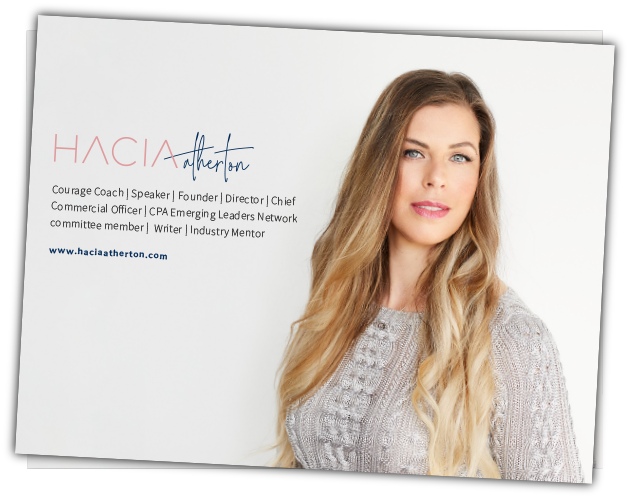 Hacia travels from Melbourne and is available both within Australia and internationally. For dates and bookings, please email hello@haciaatherton.com.

HACIA IS ALSO AVAILABLE FOR